I’ve always liked the idea of night walks but I don’t like to venture into the darkness alone. I just feel far too alert to be comfortable. But just another presence, even in silence, brings out the calm in the night and tucks most of the unsettled feelings under one arm. It’s especially nice to walk with a thinker. Or someone who thinks kind of like me. We talk about things I wouldn’t usually talk about with most people and conversation brings things up that I hadn’t really thought about. It’s nights like this that re light my spark to write when maybe I’m feeling a bit dull. 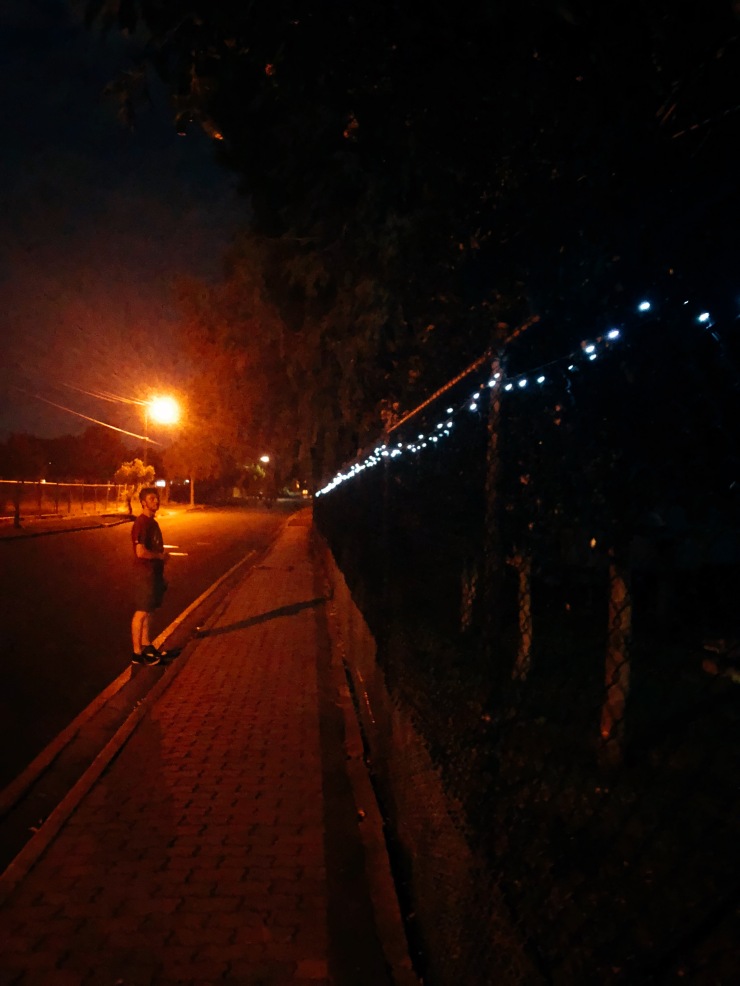 There is just something about the night that is simultaneously calming and unsettling. Calming in a way that dim light has a simple essence of comfort laced within the glow of street lamps. Calming in a way that everything feels slower. It makes me think more about what I’m saying before I just blurt something out. I feel no pressure to hurry so I take more time to ponder. I’m more selective with my words, but at the same time I’m not because I feel no pressure or expectation to be anything in particular. When the world is asleep, or settled in for the evening, the world feels like my own and I can be anything. I can walk in the middle of the road and feel at ease. Until of course the bright car headlights arise, beaming in my face.

Maybe that’s why people open up more at night. Because somehow darkness lifts expectations. And darkness feels more open itself, but at the same time more intimate. I guess because you have to be closer to things before you can really see them. Everything looks so different when only lit up by the golden glow of street lights. Our shadows are almost ghostly.

It looks like a parallel universe. Everything the same, but slightly different. Yet, my usually discomfort that comes with different is gone. I’m not afraid of getting lost because I feel like somehow, the world will just guide me home. I feel I could wander aimlessly for hours and still end up back at my front doorstep. Everything feels different too. Slightly off balance. Slightly tilted. As if I am walking through the streets on my toes. 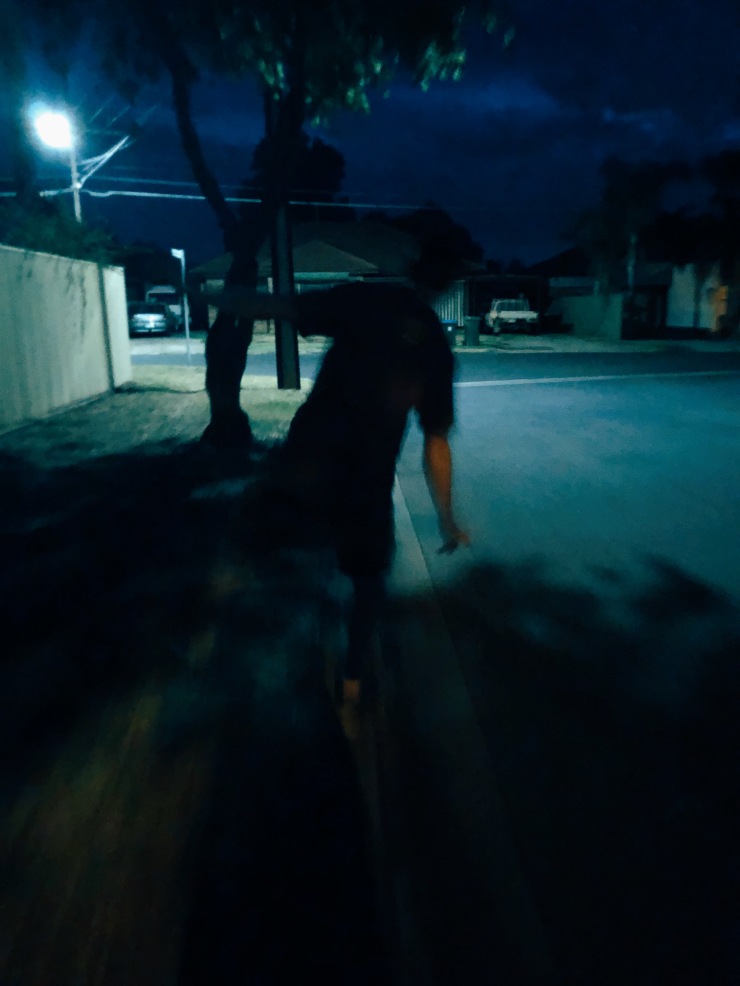 I woke this morning from a very deep sleep feeling lost and disoriented as if in a world that was new or a body that was not my own. The tilt of the night was similar to this. However this morning I was stopped in my tracks questioning a possible glitch in the world as I realised I was washing the dishes with the hand opposite to usual, when it would normally feel incredibly wrong. Maybe in my deep sleep I’d been taken away and cloned, but that tiny detail was copied wrong. Maybe in my deep sleep I travelled to a parallel universe, but it’s physically impossible for me to be removed from this universe without creating a tear in the very fabric of time and space and leaving a hole where my matter should be. So I had to have been replaced. And only a clone would make such a big deal about being a clone so I guess that answers that. The question now is.. am I who I once was and always have been or am I someone new entirely? Am I living or am I just existing?

We were being chased by lightning tonight. Or at least, it felt like lighting. It was the type of flash where the whole sky lit up for less than a second, but when it’s happened you’re not sure whether it really did or not. Coming from everywhere and nowhere. I never caught a glimpse of the lightning strikes, only the light, nor was there any thunder. So, perhaps it was the flashes of a UFO. Maybe they were clone hunters. Our talk of my possible being a clone must have triggered their radars.

Anyway, back to reality. I’m not actually a clone. I don’t think that would be possible given the circumstances. But it was just something a bit fun to think about and a fun story to carry along throughout the evening. This night walk was wonderful in a very subtle, heart warming but fulfilling kind of way. It’s just not something I do every day. I would like this to create a nice memory of it.

So those were tonight’s ponderings from our wandering. I’ve found the night brings many contradictions.

NEW wandering days tote bags now available! If you’re like me and your choice of bag is the absolute most impractical bag possible - the trusty old tote - then this one is for you! These are such a great size, super cute, and the perfect spring / summer companion! 🌤🍃 printed in Australia on 100% organic 8oz cotton. Find them in my shop now!
Some random film from the garden and the sea 🍋🍊🍃🌊
In case you missed it, my book is available now! Enjoy this cute little animation I made of the cover for funsies.
Here are some of the things for sale in my shop - launching today at 8pm! Prints, poetry books, and some photography zines! (Tote bags are also on their way!)
A sneak peak at the prints that will be available for purchase from my shop, launching tomorrow! These prints are A4 in size, printed on beautiful archival quality 100% cotton, and ready to frame. Printed right here in Adelaide by @ccprint2020. Each print will be titled, signed, and packaged with recycled backing board in a compostable cellophane sleeve!
An excerpt from the poem that inspired the title of my new poetry book - ‘the wandering days’, available for purchase in just 2 days time (where you’ll be able to read the full version of this poem)!
Loading Comments...
%d bloggers like this: